A small note of victory here if you are already following this blog. We successfully funded the Blasters and Lasers Zero Edition as part of the Grogzilla 2 Kickstarter.  So it’s now officially in development. I’ve already got the introductory chapter written, part of which was previewed here.

My rough timescales are June/July for a Zero Edtion of about 60-70 pages. There will be printed copies available from the D101 Games web store. This is the bare bones of the game, and it’s similar in scope to the Skyraiders of the Floating Realms Zero Edtion. Then a full release sometime in 2022. 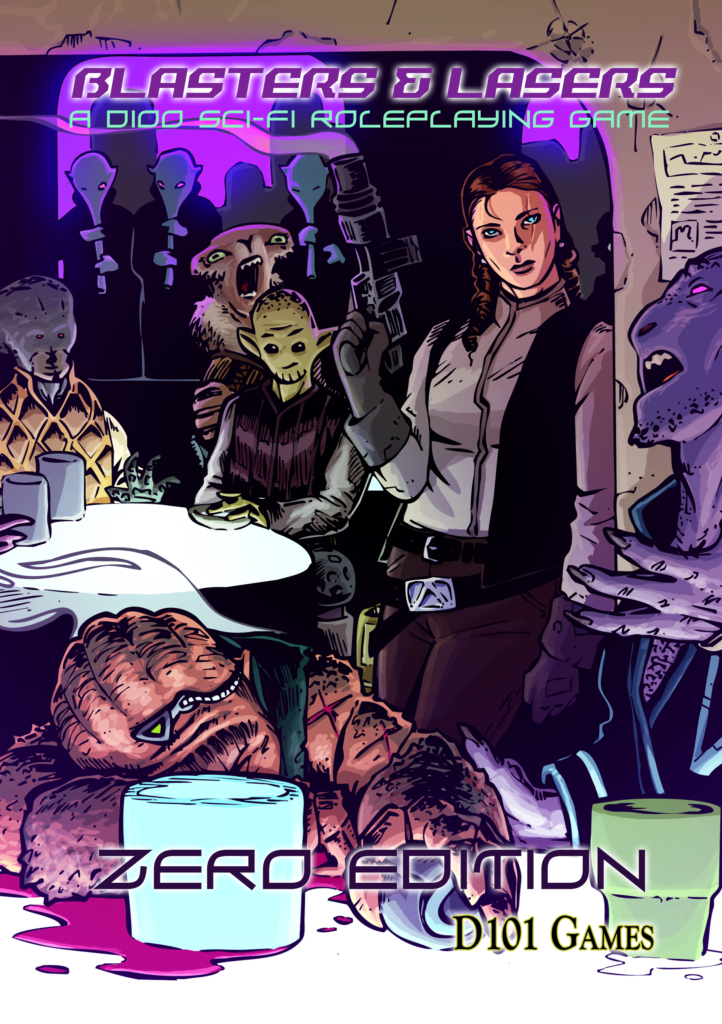 Growing up Science Fiction, in the form of books then Film and TV shows were a big part of my life. More so than Fantasy, which was really just a huge blimp on the chart in my teens.

Yet when it comes to Roleplaying Games, Fantasy has dominated my gaming life. It only been recently in the last five years or so that I’ve questioned that, a subject that will crop up on this blog, and done anything to remedy that in my own publishing output.

As well as popular sci-fi in the form of TV series, Computer Games, and of course Roleplaying Games, I’ll be blogging about D101’s sci-fi rpgs, both those in print and in development.